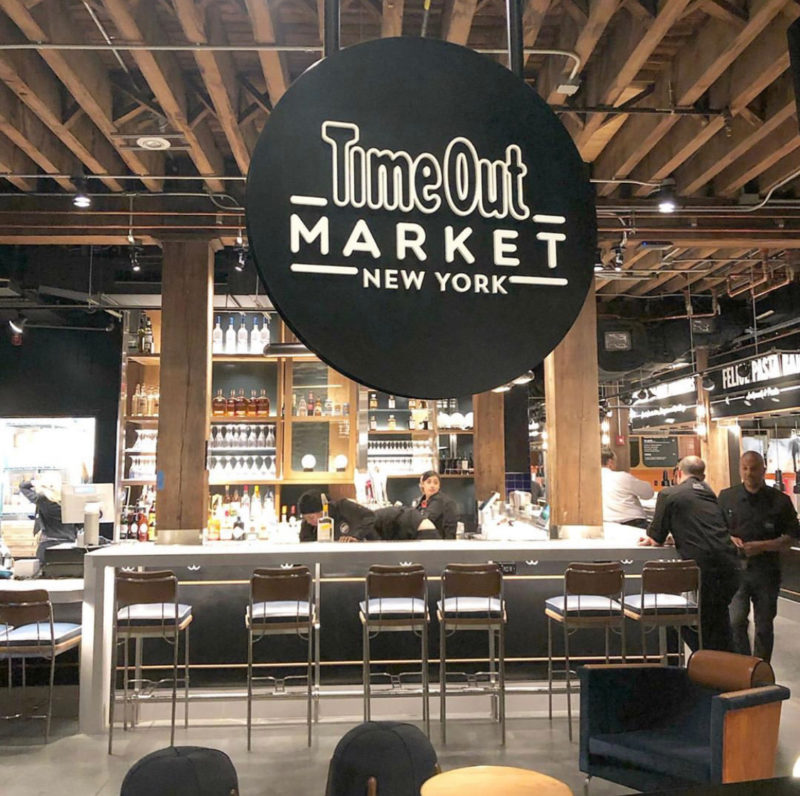 Explore the Time Out Market

It’s no secret that New York City is a veritable foodie paradise, but with critically acclaimed restaurants and yet-to-be-discovered gems tucked into nearly every neighborhood, the prospect of navigating the incredible food scene can be daunting. For guidance, many of us turn to food critics. After all, who better to guide you on a culinary adventure than someone who makes a living scouring the city for the best eats?

For residents of the Brooklyn condos for sale at 98 Front, sampling the city’s finest food requires neither searching nor traveling, thanks to the recent opening of the Time Out Market. The international media company, known for producing smart, insightful reviews of cultural offerings in 315 cities around the world, has narrowed down their favorite New York City chefs and restaurateurs to 21 and gathered them under one roof, right here in Dumbo.

Each vendor is handpicked by Time Out’s editorial team, which means none of them are even slightly mediocre. On top of that, the Time Out Market boasts a stage, an exhibition space, and three bars, including an airy rooftop bar with unbeatable views of the Brooklyn Bridge—perfect to pair with that summer cocktail you’ve been craving. Here are some of our favorite offerings at the new food hall.

Any roundup of quintessential New York food should probably begin with pizza, and, furthermore, with the pizza made by legend Patsy Grimaldi. If you haven’t tried his pies before, you’re in for a treat at Juliana’s. This is authentic NYC-style pizza, with vibrant red sauce and a crust clearly meant to be folded and consumed with one hand. Go for the classic Margherita and for dessert, try Carol’s Cannoli. Then, you can check “NYC’s best pizza” off your bucket list.

If celebrity chef David Burke is known for any one thing, besides, of course, his friendly countenance and signature Brooklyn accent, it may be his creativity. Though Burke has found fame through TV appearances, it’s the sheer inventiveness of his dishes that has people hooked. Time Out calls his dishes “familiar yet whimsical,” and this approach is on clear display in his offerings at the market’s David Burke Tavern. Take, for example, the famous Maple Bacon/Zucchini Clothesline, where the bacon, secured with actual clothespins, hangs from line like stockings in a country breeze. You can find this, among some of his other more famous dishes, at the Time Out Market.

The critics at Time Out aren’t the only food writers and editors that keep Fish Cheeks on their radar. The authentic Thai food at this beloved spot has been regularly making “best of” lists for years, and according to Bravo's The Feast, reminds model Chrissy Teigen of her mother’s cooking—a high compliment, we’re sure. At the Time Out Market, the Zabb Fried Chicken Wings, served with chili, lime, and mint, are downright addictive, and curry lovers will find it hard to beat the Coconut Crab Curry, a southern-style dish with crab, house-made curry paste, sea beans, and rice.

If having easy access to the city’s best eats is an essential part of your New York City experience, there’s no better place to call home than 98 Front. Follow us on Instagram @98front to see what we’re eating!